Solar Powered, Weed Killing Robots Could Save Farmers Billions of Dollars on Herbicides / Video by news 4everything

The acronym of Captcha (Completely Automated Public Turing test to tell Computers and Humans Apart), is an autonomous test, a test that differentiates computers from humans.

The new algorithm inspired by the functioning of the human brain has been baptized with the name RCN (Recursive Cortical Network). It was designed to make better and better generalizations, thus simulating the incremental learning of humans. RCN was able to recognize Captchas that had never been resolved in the initial training phases.

This supposes a great advance, since not before has been able to decipher a Captcha due to its difficulty. None of the previous inquiry attempts was successful before. So he has made his discovery especially surprising. 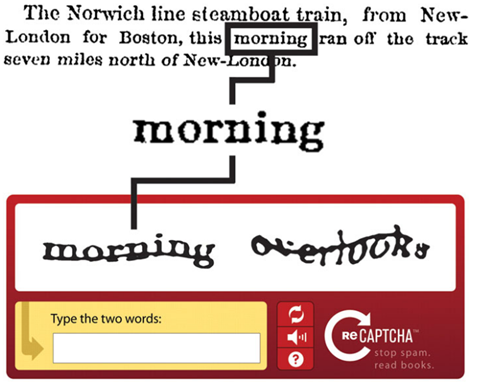 Science magazine has published this discovery.

The Captcha tests, distorting words and numbers that are visible and intuitive by the human being, did not allow the robots to interpret these keys. Over the years without success, scientists had tried to create computer models capable of solving the captcha tests.

The scientist Dileep George, co-founder of the company Vicarious, specialized in artificial intelligence have developed what many others have not achieved before, giving machines the ability to learn and generalize in a way very similar to how a human being would.

Data published by Science says the model developed by Dileep George and his colleagues managed to solve 57.1% of the PayPal test, 57.4% of the Yahoo Test and 67% of the ReCaptcha test.

Human beings resolve these tests 87% of the time.

Will robots take a long time to exceed our% efficiency of Captcha tests?

The purpose that many scientists have had over the years has been to try to create robots that reason like human beings.

“The long-term goal is to build an intelligence that works like the human, the Captcha have only been a natural test for us, because it is a test in which you can check if your model can work like a brain,” George explained. Public radios NPR. From the USA

Solar Powered, Weed Killing Robots Could Save Farmers Billions of Dollars on Herbicides / Video by news 4everything